Weekly Round Up for Sunday 5th December 2021 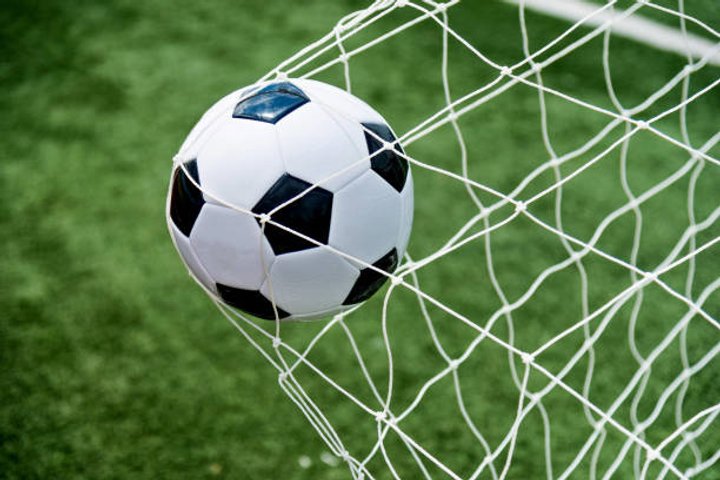 Plenty of goals as we head into December!

With a couple of cup games called off this week, cup activity was limited to just Round 2 of the Tracey Thomas Challenge Cup:

Bulldog 0 - 5 Engine FC
This was a convincing win for the Division Two league leaders, with goals from Rhys Tummey (2), Luca Valle, William Benton and Blake Devitt, sending Bulldog crashing out of the cup.

Long Itchington 2 - 1 Wellesbourne Wanderers
The Division One league leaders scored twice against their Division Four opponents, with the goals coming from Elliott Parasmo and George Crawford. They didn’t have it all their own way though, as Jonny Nunn gave Wanderers hope with his strike on the hour mark.

On to League action, with just the one game in Division 1…

Heathcote Athletic 1 - 1 Bishops Itchington
Heathcote came close to getting a valuable win when Owen Davies put them into the lead in the second-half, only for Josh Turton to grab an equaliser with two minutes left on the clock.

We move on to Division 2, starting with the biggest scoreline of the day…

Chadwick End 10 - 3 Ettington Rovers
Chadwick End had a field day, racing into a two-goal lead within 5 minutes, both from Oli Manoocheri. Jordan Robinson pulled one back for Rovers, before another two quick goals from Tom Tarbuck gave Chadwick a 4-1 lead at half-time. Five minutes after the restart it was 6-1, with Ollie Senior and Mark Turner grabbing a goal apiece. Manoocheri completed his hat-trick on the hour mark to make it 7-1. Rovers had a productive spell, with Matt Toms scoring shortly after, and Robinson quickly grabbing his second, but Chadwick turned the screw with Senior notching his second, before Tez Morten and Sam Lange finished the game off, putting the home side into double figures for the morning.

AFC Warwick 3 - 0 Radford Albion
Melvin Mauritson put AFC ahead after ten minutes, before adding his second in the second-half. He then applied the finishing touch in the last minute of the game to take home the match ball, and all three points.

Khalsa Reserves 2 - 2 Real Barston
Khalsa went ahead through Luke Warby, before Rob Jolly equalised for Barston. Warby put Khalsa into the lead again just after half-time, but a Chris Gould strike for Barston ensured the points were shared.

Princethorpe 3 - 3 Dynamo Leamington
A tightly fought game saw Princethorpe take the lead through Cameron Anderson, before Dynamo came back with first-half goals from Ash Rowley and Paul Rose to give Dynamo the advantage at half-time. Conor Warburton levelled the score early in the second-half, before Nick Sapsford restored Dynamo’s lead. Jake Allies-Proctor got Princethorpe back onto level terms almost immediately, and neither side could break the deadlock in the last twenty minutes, so it finished all-square with the points shared.

Moving on to Division 3…

Cubbington FC 5 - 3 Sporting Foresters
Adam Canning and Ben Rowan started things off for Cubbington with first-half goals. Canning and Rowan each notched again in the second-half, along with a Jack Gibson goal. This was too much for Foresters, for whom Adam Coles, Will Guice and Elliot Coop got themselves on the score-sheet.

Napton 2 - 6 Kenilworth Royal Oak
Three first-half goals for Royal Oak through Cem Yildiz, Robert Ormston and William Harte effectively put the game out of Napton’s reach. Jacob and Aaron Whitmore then each grabbed a second-half goal, before Napton had a late rally in the closing fifteen minutes of the game with goals from Taylor Allen and Nathaniel Miller. The gap was too much to make up, and Cem Yildiz wrapped the game up in the closing minutes when he grabbed his second of the day.

Radford Semele Social Club 0 - 7 Leamington Hibernian Reserves
Hibs maintained their 100% record in style, with a convincing victory over Radford. Daniel Kieran started the scoring off after fifteen minutes. Connor Mort was soon in on the action, following up with his second later in the game. Charlie Fitzmaurice claimed a hat-trick, and league top-scorer Scott Hammond added one more to his impressive tally for the season so far.

Finally, on to the three games in Division 4…

Southam Sporting 3 - 3 Sporting Club de Stratford
A goal-less first-half quickly changed with a flurry of scoring around the hour mark. Keir Wood and Jamie Hammersley gave Southam a two-goal lead, with a quick reply from Jack Reidy a few minutes later. Hammersley restored Southam’s two-goal lead, but Stratford fought back with a George Dick penalty, and a late William Heward equaliser to share the points.

Upper Lighthorne 2 - 2 Stockton
Stockton took an early lead through Jake Lee, but a Gagandeep Pahl equaliser meant it was all-square at half-time. Josh Tolley put Stockton ahead again just after the break, but Michael Perks provided a late equaliser for Lighthorne.

 Weekly Round Up. Week 15. All the results and goals from the games this weekend.

Weekly Round Up for Sunday 28 November 2021  Despite the weather we still had a few games on and the bitter cold and bright winter sun couldn’t stop the goals from flying in!