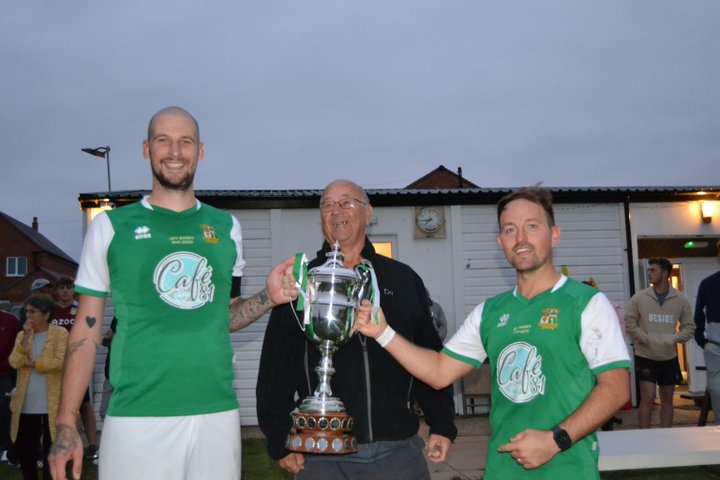 A tremendous game which saw some top draw finishes and high drama showcased the League tonight at Stockton. With Kind Permission of Stockton FC.

The first twenty minutes were a bit nip and tuck and neither side took control. The deadlock was broken on 35 minutes
by a Tom Hitchcox strike from 25 yards that crashed onto the underside of the crossbar and over the line before spinning back out into play but the Assistant Referee was well placed to point out the ball had crossed the line. 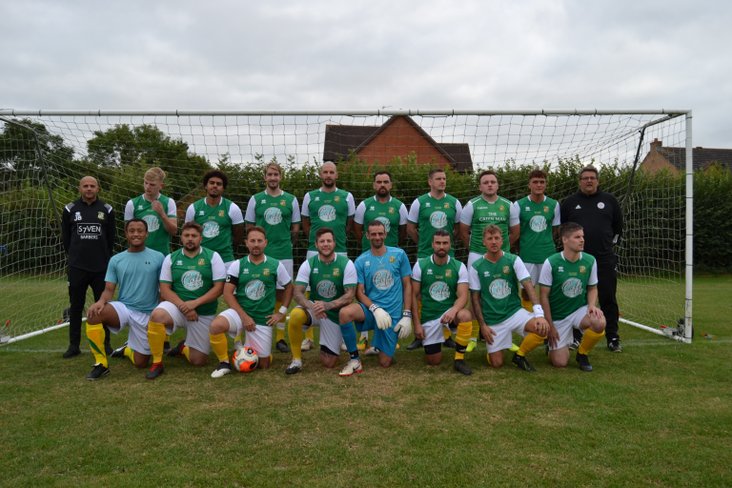 The second half started brightly for Bishops and after some pressure Bishops won a free kick on the edge of the area. Tom O'Callaghan struck a sweet little number under the wall and into the bottom corner to level the score.

Chances came at both ends and it was a thoroughly entertaining game. Andy Yeates, Joel Bennett and Ciaran Houston all had chances for Bishops. With 2 minutes left on the clock up popped Kyle King who scampered through and finished with a delightful little dink into the far corner to put Hibs ahead with only two minutes to go!

Almost straight from the kick off and we are straight down the other end and O'Callaghan grabs his second to make it all square and we go into penalty kicks.

Hibs take the victory 4 - 5 on penalties but it was a great example of a Cup Final played for Charity with an enthusiastic crowd.
Well reffed by Andy Brookes who really did a great job in the middle. 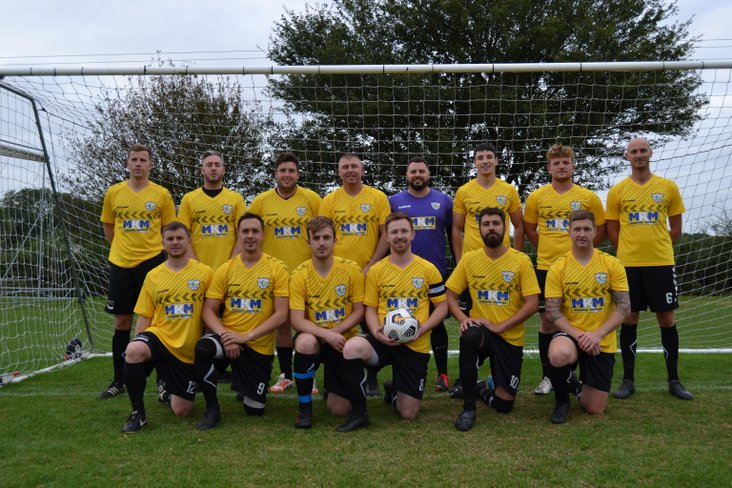 The Trophy was presented by Keith Billington on behalf of the Billington family in remembrance of his father .

Council Of Clubs meeting and presentation of Cancer Cup Cheque  The season is almost upon us.