Latest Weekly Round up. 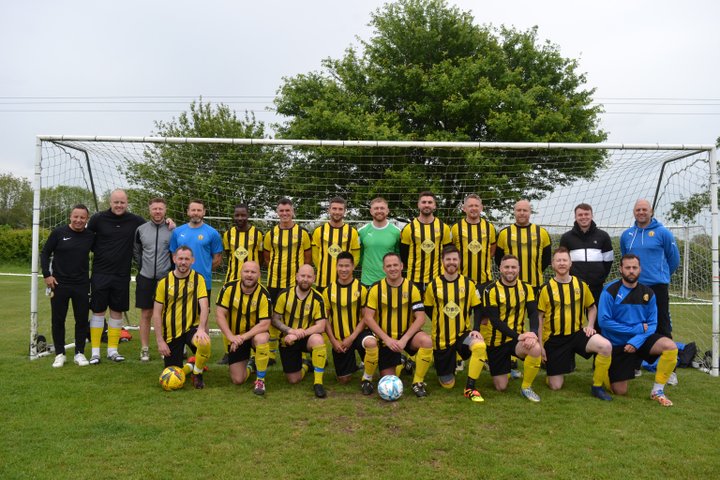 All the results and goals from this week.

Weekly round up for Sunday 15th May. We have some midweek matches to catch up with and we start with Tuesday 10 May 2022 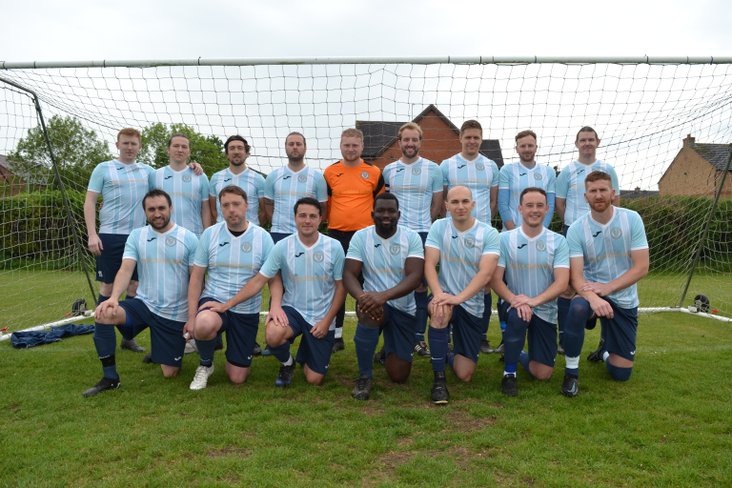 Magna ruled the roost here and Cubbington only had two late consolations for their efforts. Matthew Hughes and Aaron Dickens with a brace apiece. Nick Hill and an own goal making uop the Magna tally. ,Jake Murphy and Sam Smith with the Cubbington replies.

Hibs reserves have sealed the Title now and were in charge here. Jack Avery got them underway after twenty minutes. A Scott Hammond brace and goals from Jake Byrne and Harry Hartin completed the scoring for Hibs. Alexander Badger with the Cubbington strike on the hour mark.

We move to Sunday 15 May 2022. We start as usual with the Cup matches and that means the Cancer Research UK Charity Invitation Supplementary Cup 2021-22 – Final. Our last Cup final of the season.

This was a game of two halves and Cubbington drew first blood. A smart turn and shot by Jack Gibson from the edge of the box put Cubbington ahead on five minutes! The vet’s were stunned and they took a while to settle. Chances came at both ends and massive tackles snuffed out chances for both teams. Despite getting more into the game Cubbington held firm and took their lead into the half time break. The Vet’s nearly equalised just after the restart when Ross Jackson met a free kick at the back post but his volley cleared the bar. Five minutes later and the Vet’s were level. Martin Thompson getting onto the end of a loose ball to slip it into the net. Less than ten minutes later and Ross Jackson gives the Vet’s the lead with a smart finish. Four minutes later and Paul Lee comes on as a sub. Twelve minutes later and Lee is on the Scoresheet. A sweet stepover from Jackson lets the ball roll through to Lee who smashes home from 15 yards. Five minutes later and Lee grabs another closing down a poor back pass and firing into an empty net from 30 yards out. The Vet’s win the Cup.

Hib’s were short and paid the penalty and were put to the sword by the Long Men who still have eyes on the prize. Bradley Allbone had grabbed a brace inside the first thirteen minutes! Jake Aldridge added another before Tom Hitchcox pulled one back for Hibs before the break. The second half was all Long Itchington. Sam Crawford and William Morby getting a brace apiece. William Morby and George Crawford also getting in on the act. Long Itchington are close to taking the title but it’s not over yet!

An Ashley Rowley hat trick here for Dynamo doing the damage here as Dynamo finish on a high. George Curry with the Chadwick reply on the half hour mark.

Hib’s fought back here after Magna recovered from going a goal down in ten minutes, to being two goals ahead by half time. Daniel Kieran with the Hib’s strike on ten minutes. Aaron Dickens and a brace from Nick Hill giving Magna the half time advantage. Second half goals from Mitchell Williams and Scott Hammond had Hib’s back level and that’s how it stayed.

A fine end to the season for Bulldog as Mark Hickey grabs a brace and Taylor Forrest wraps it up with ten minutes to go.

 The final round up of the Season and we finalise the League Tables. The games and goals that wrap up the League for this season.

Latest Weekly Round up.  All the results and goals from this week.