Latest weekly round up. 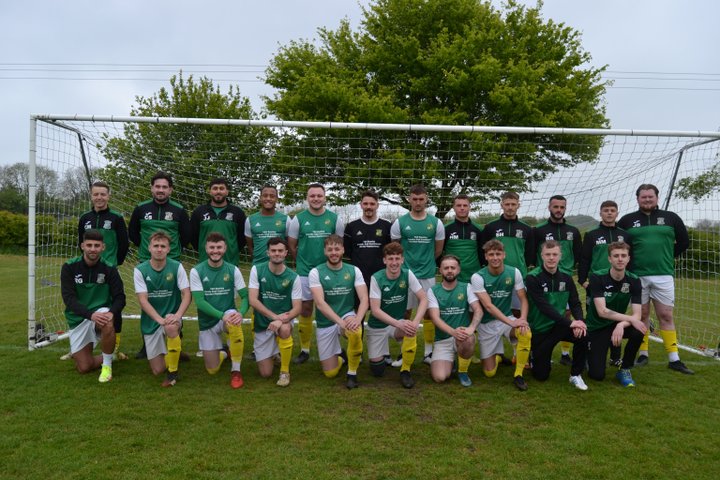 All the results and goals from today.

This eagerly awaited Cup Final continued the trend of the late goal thriller. Hibs were much the better side for the first half and had Bishops under the cosh. A delightful goal broke the deadlock when Aiden Foley collected the ball on the left flank cut inside and a smart finish inside the far post to give Hibs the lead. Two minutes later and following a corner and some scruffy ping pong on the goal line Jack Avery back heeled the ball across the line to extend the lead. Bishops stayed in the fight and were rewarded just before half time when Adam Miles pulled one back.
The second half was still fast flowing football and both sides had chances. Bishops pushed hard and following his late strike in the Divisional Cup final Josh Turton popped up to complete the feat again this time with the equaliser. The crowd went wild. And so it went to penalty kicks.
Hibs have goalkeeper Michael Moreton to thank with two tremendous saves taking the Cup back to Leamington.
Leamington Hibernian Reserves win 2 - 4 on penalties. 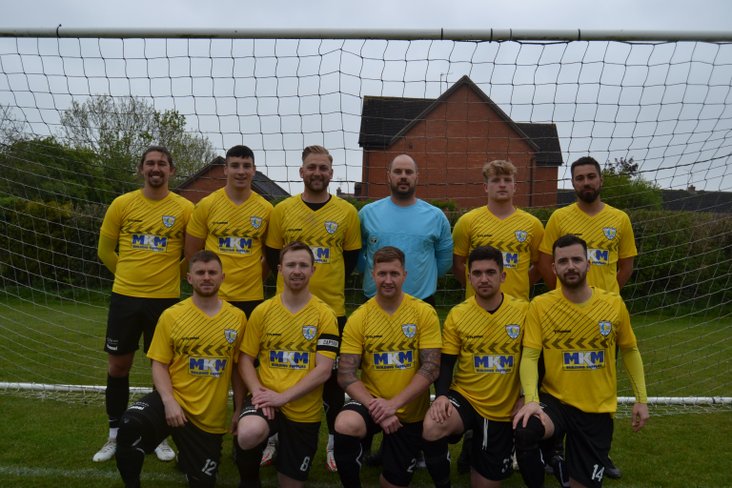 A last minute goal from Kaleb Clydesdale was little consolation for Radford here as the vet’s looked in control from the off. Martin Hutchcox with an eleventh minute penalty after Dele Adebola was wiped out on the goal line. That’s how it stayed until the second half. Adebola got the second with a glancing header from a Hutchcox free kick. Andrew Hood scored the next after a neat move down the right, Mark Sheffield pulled his cross back and Hood rifle home from fifteen yards. The fourth also started down the right . Ross Jackson fired across the box where it was met sweetly on the volley by Scott Turner.
The Vet’s progress into the Cancer Supplementary Cup final on Sunday 15th May. 3pm k.o. at Stockton FC where they meet Cubbington FC. Entrance will be £3.00 cash on the gate.

Blackdown complete their final season in the league with Long Itchington taking no prisoners. Bradley Allbone kicked it off with the fastest goal of the day on seven minutes. He scored his second on the hour mark. Sam Crawford also popped up with a brace. Michael Clement , George Crawford and Elliott Parasmo on target for the other goals. Long Itchington move up to third in the table and with games in hand it’s getting very interesting at the top.
We say goodbye to Blackdown who resign from the League having climbed all the way from Division 4 to Division 1. Sorry to see them go!

Two very late goals and still nothing separates these two. Talveen Nagi put Khalsa ahead with only twenty minutes to go. Dynamo left it until eighty five minutes gone before Roberto Ciuffini popped up to make it all square.

We move to Division 3

With Hib’s reserves on Cup duty the Printers took their chances and move nine points clear at the top of the table. Hib’s have games in hand but need to convert those into points. Matthew Bemrose struck first to give Cubbington the lead which they held to half time. The second half then belonged to the Printers as a fifteen minute spell saw Josh Tiff, Conor Smith and Danny Brierley all score without reply.

We finish off as usual with Division 4

The first half was a ding dong affair with four goals in less than ten minutes. Ricky Howells for Bulldog and Dan Bates for Albion both netting in the fifteenth minute. Then Mark Hickey and Bates again with his second within three minutes of each other so the score stayed at two apiece at half time.
Two more cubbington goals in a ten minute spell looked to have sealed it for Albion. Max Gough on the hour mark and Nick Brunton with the pick of the bunch ten minutes later. McNally whipping in a corner and Brunton thundered his header into the top corner. It wasn’t finished and five minutes later Jordan Williams struck for Bulldog to make the last few minutes interesting. Cubbington held on to take the points and the Division Four Title. Congratulations to them!

A very late penalty took the points here for Sporting after being two up at half time. Josh Lowe and Luke Shingler with the goals. The Long men recovered in the second half and strikes from Christopher McShane and Lee Fletcher had them level with twenty minutes to go. With only five minutes to play up stepped George Dick to stroke home that late late winner!

 Latest Weekly Round up. All the results and goals from this week.

Latest Weekly Round up.  It's week 31 and we have all the results and goals from this week.