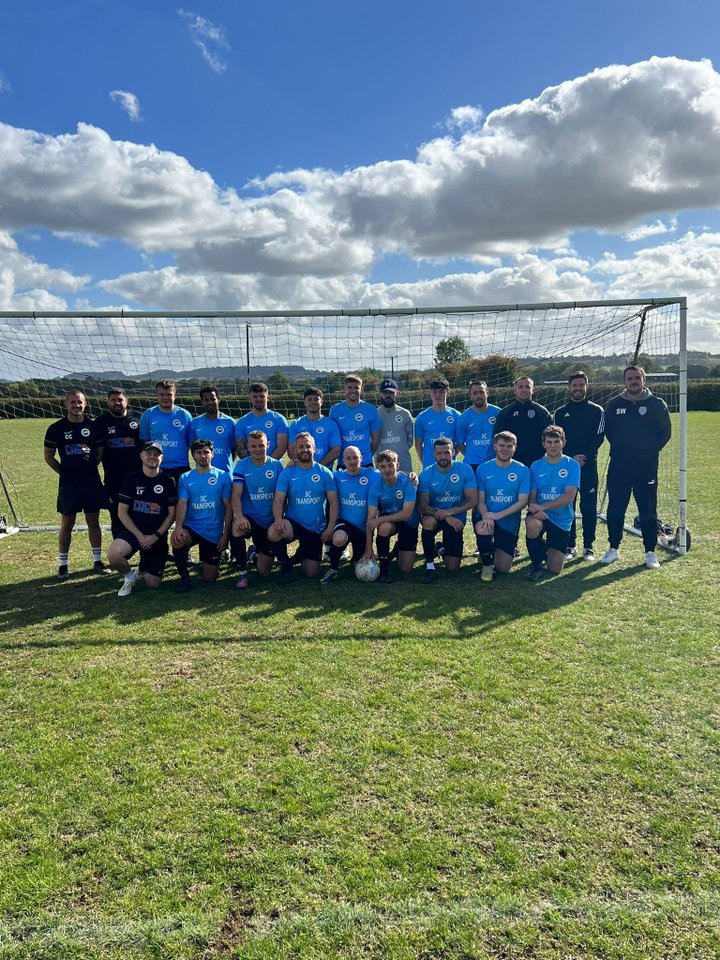 All the results and goals from this weekend.

Weekly round up for Sunday 30 October 2022. We have plenty of games this week and as usual we start with the Cup matches.
The Tracey Thomas Challenge Cup 22-23 - Round 1

AFC Snitterfield 2 Cubbington FC 4
Snitterfield came back with two late strikes but the damage had already been done. Carl Palmer with a five minute strike set Cubbington on their way. Jake Murphy added a second ten minutes later. The rest of the goals were late in the second half. Talib Kargbo and Cale Sunner with the Snitterfield strikes but goals from Luke Swinnerton and Jack Gibson preserved the Cubbington advantage. Cubbington go through to the next round.

Newbold 1 Bishops Itchington 5
Fastest goal of the day here and it saw Newbold stun Bishops with a two minute penalty. Joe Wright with the strike. Bishops bounced back and by the half time break had turned the game around. A Josh Turton brace and one from Luke Cole doing the damage. Turton added another brace in the second half to seal the win. Bishops into the next round.

Sporting Foresters 1 Pig and Fiddle 5
The Pig had too much for the Woodmen here and progress into the next round. Sam Perry grabbed a brace. Liam Blake, Conor Smith and Jason Thompson with the Pig goals. Liam Miller with the Foresters reply.

Stockton 5 Whitnash Sports and Social Club 0
One way traffic here as Stockton proved too good for Whitnash, who held it to a single goal deficit by half time as Dan Brown gave Stockton the lead on the half hour mark. The second half saw Brown get his second shortly after the break. Josh Tolley also added a brace and Sam Rose added a fifth on the hour mark. Stockton into the hat for the next round.

AFC Warwick 11 (Eleven) HRI Harbury Reserves 1
AFC were in command from the off here. Melvinio Mauritson led the way with four goals. Dan Long and Filippo Mannina grabbed a brace apiece. Joshua Cox , Aran Guner and Chris Groves getting the others. Josh Tricklebank with the very late HRI consolation. AFC go into the next round.

Napton 2 Khalsa Reserves 2
This went nip and tuck and remained all square after ninety minutes. A Chris Watts brace for Napton. Mathew Moroney and a late Luke Warby strike kept Khalsa level. And so to penalty kicks.

Khalsa Reserves win 5 - 6 on penalties and go into the next round.

Long Itchington Reserves 1 Engine FC 8
The Long Men were overrun by the Engine here, but it was two periods of fast and furious that sealed it. A twelve minute spell in the first half saw Stanley Moss, George Edgington and Blake Devitt score. Swiftly followed by two more before half time from Rhys Tumney and Devitt getting his second. Three more goals in a ten minute second half spell and it was all over. Harrison Wright. Tumney with a second and Charlie Cleaver on target. With five minutes to go Seb Jones popped up to notch a consolation for the Long Men. Engine into the next round.

HRI Harbury 3 Chadwick End 1
Sam Mitchell with a twentieth minute penalty set HRI on their way here. It stayed that way until late into the second half, Two quick goals from Sam Pye and Greg Eales creating a three goal margin. Oliver Manoochehri pulled one back with fifteen minutes to go but HRI held firm.

Khalsa 4 Long tchington 1
Equal fastest goal of the day here as Sukharj Nijjar had Khalsa ahead after only two minutes. Two more first half goals from Scott Nicholson and Andrew Hood gave The Long Men a difficult hill to climb in the second half. Aaron Sahota rounded off the Khalsa goals with twenty minutes to go.

Heathcote Athletic 4 Dynamo Leamington 2
A brace for Karol Janisiak before half time and one from James Proctor had given Heathcote a three goal advantage before the break. Dynamo fought back in ther second half with two goals from Lee Watton in a five minute spell. Heathcote held on and with four minutes to go Jamie Halleron-Kerr finished it off for Heathcote.

Leamington Hibernian Reserves 6 Princethorpe 0
Hibs continue their 100% record but they were held until the second half. Harry Hartin broke the deadlock three minutes into the second half. Aidan Foleyadded another seven minutes later. Hartin then got a second just past the hour mark. Three more from Ryan Butler , Daniel Wilkinson and James Hancocks rounded it all off.

We move on to Division 3
Cubbington Albion 6 Real Barston 3
Albion in charge here. Ross Quartermaine and a brace from Thomas Rowe before half time and three in the second half from Max Gough, Daniel Bates and Ryan Yearsley doing the damage. Phoenix Di Sebastiani, Callum Shepherd and an own goal were not enough for Barston.

Kenilworth Royal Oak 3 Kenilworth Wardens 1 Cameron Holden had put Wardens ahead here on the half hour mark. Royal Oak turned the tables in the second half with goals from Jeremy Simmons, Harry Green and William Harte

Wellesbourne Wanderers 0 Hampton Magna 3
Mark Hickey with the first inside ten minutes here. Nick Hill then added a late brace to give Magna the points.

And we round off with Division 4

Southam Sporting 7 Balsall and Berkswell 0 Cameron Hill and Ethan White with a brace apiece. Luke Hurst, Joshua Thomas and Keir Wood getting the others. The Top of Division 4 is already looking tight!