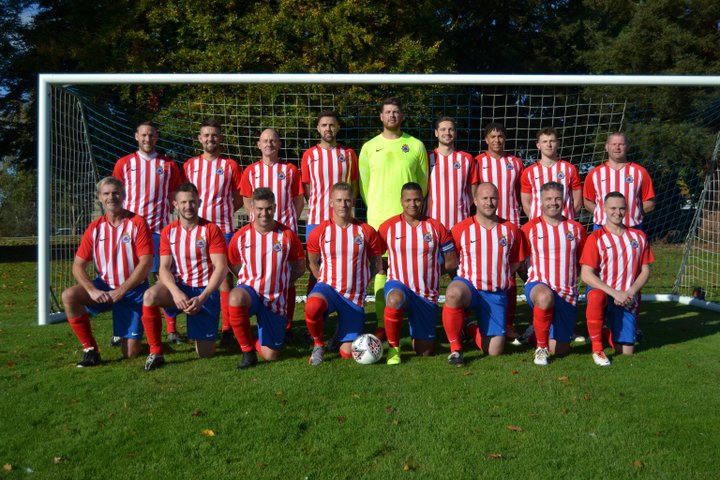 All the goals from today's action

Weekly round-up for Sunday 11 October 2020. Week 2 in our season and the contrast in the weather couldn’t be greater. Fantastic blue sky and sunny but cool.
We start as usual with Division 1(A)

Bishops Itchington 2 Long Itchington 1
The Itchington derby with Bishops hosting their neighbours the Long Men. Joel Bennett put the home side ahead on 20 minutes and it stayed that way until 65 minutes when Sam Crawford popped up for the Long Men to equalise. It looked like a point each until the 89th minute when John Beacham-Sharpe grabbed a last gasp winner for Bishops, who are now two wins from two games. .

Heathcote Athletic 2 Dynamo Leamington 1
Fastest goal of the day from the evergreen Chris Collier. That was then added to by a last minute strike from Nick Keenan which gave Heathcote all three points. Ash Rowley had made it all square in the 78th minute for Dynamo but Keenan popped up to ruin the day for the visitors.

Khalsa 3 Westlea Wanderers 1
Joshua Mann slotted home on 20 minutes to put Khalsa ahead only for Sean Meeks to level 15 minutes later. Ten minutes into the second half and David Benton scored another to put Khalsa ahead. Mann then grabbed his second of the match to extend the Khalsa lead with fifteen minutes remaining. That’s how it stayed. 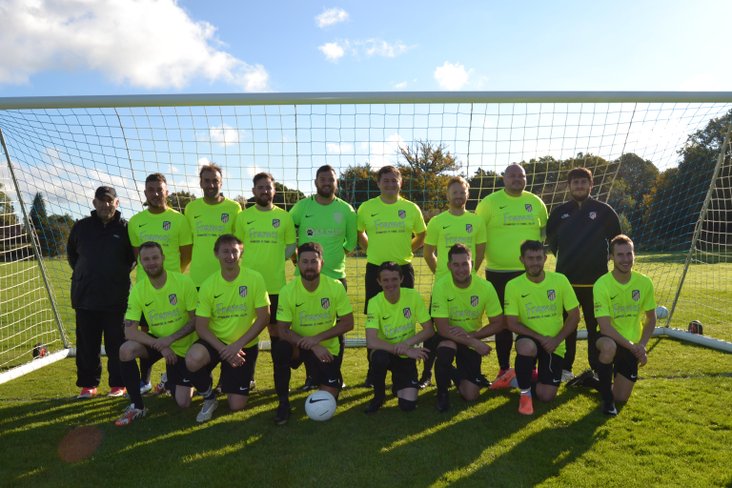 Radford Albion 2 Ettington Rovers 2
A very late brace from Sion Humphries salvaged a point for Radford here. Kyle Nicholls and Tom Gardener had put Ettington in charge in a ten minute second half spell, but it was a brace inside the last ten minutes from Humphries that stole the show.

We move on to Division 1(B)
AFC Warwick 0 Khalsa Reserves 0
That rare beast the nil-nil Sunday League draw here. But a good game apparently!

Hampton Magna 5 Bishops Tachbrook 5
A real ding dong game here and the away side looked to have taken the points back to Bishops, but two late goals from Joe Fisher and Jamie Barnes rescued a point for Magna. Ryan Woodward and Adam Timlin had put Magna two up inside 25 minutes. Drew Lewis-Smith pulled one back to keep Bishops in touch, only for Andy Hood to restore the Magna two goal advantage. The second half started brightly for Bishops and three goals in 10 minute saw them storm into the lead. Lewis Timms, Lewis-Smith with his second and Craig Williams getting the goals. Ten minutes later and Williams had extended the Bishops lead to 3 - 5 and surely it was all over! With 5 minutes left on the clock Fisher and Barnes performed the miracle and Magna were grateful for the point.

Leamington FC Vets 0 Blackdown 2
The great start continues for Blackdown here as they put two second half strikes past the Vets with strikes from Ryan Oldham and Josh Shirley .

Real Barston 2 Leamington Hibs 5
A David Jolly brace wasn’t enough for Barston who were seen off by Hibs, who had strikes from Dave Jones, Josh Blake, a brace from Jack Marsden and another from Tom Hitchcox to thank for another 3 points.

We move on to Division 3
Leamington Hibernian Reserves 0 Engine FC 2
The Engine are looking good for Honours this Season with another fine performance here to see off Hibs reserves. A brace from Matthew Wright was enough to take the points back to Kenilworth.

Liberal Club C 3 Princethorpe 1
The Liberals took the lead through Benjamin Rowan ten minutes before half time. Jack Howard replied five minutes into the second half but a Jack Gibson strike and an own goal were enough for the Libs to take the points here

Warwick Printing 6 Chadwick End 2
A brace apiece here for Josh Tiff and Jason Thompson, with additional strikes from Harry Easterlow and Charlie Cahill were too much here for Chadwick who had replies from Joshua Webley and Marcus Mills on the sheet.

Warwickshire Police 0 Sporting Warwick 1
A tight game here with the only goal of the game as a result of an own goal from a near post corner. A good game to watch with the Police resplendent in their new Red and white striped kit.

We move on to Division 4
Foresters 2 Radford Semele Social Club 3
The Woodmen were ahead twice in this tie, but a last gasp winner from Paul Wilkinson stole the points and took them home to Radford. Jordan Bedford had put the Foresters ahead on the half hour mark. Lee Watton replied eight minutes later , only for Michael Byrne to restore the Foresters lead just before half time. Watton pulled Radford level on 70 minutes before Wilkinson completed his last minute heroics. Radford are two from two now and looking good value for Honours.

HRI Wellesbourne Reserves 3 Castle Rangers 1
The veg boys bounced back this week with three points. All the goals coming in the second half from Kieran Walsh and a brace from Jordan White. Paul Saunders with the Rangers consolation from the penalty spot.

Hampton Magna Reserves 4 Wellesbourne Wanderers 3
Yet more ding dong here! Trav Lea putting Magna in front after 30 minutes. Kyle Needham then went straight up the other end and equalised for the Wanderers. Back up the other end and Lea grabbed his second to restore the Magna advantage. Cory Turner then added to give Magna some clear water but 4 minutes later Henry Ford popped up to bring the Wanderers back into it. With just over half an hour left Jake Faulkner stuck one away for Wanderers to make it all square at 3 apiece. Seven minutes later and Turner potted his second for Magna and we were done with the scoring. The new boys giving as good as they got and certainly value for money.

Romer FC 3 Napton 9
Rhys Collins led the way here with a nap hand (four), Chris Watts added a brace, Joseph Merry and Blair Girvin also on the sheet and an own goal to round it off.
Craig Turner had started new boys Romer off, putting them into the lead in the third minute . His second swiftly followed but Napton were soon in charge. Vladimir with the Romer third in the 35th minute.

Stockton 1 Harbury Albion 0
A tight one here for another village derby. This one was settled by a single Richie Davies goal on 20 minutes.

Weekly Round-up  All the goals from this week