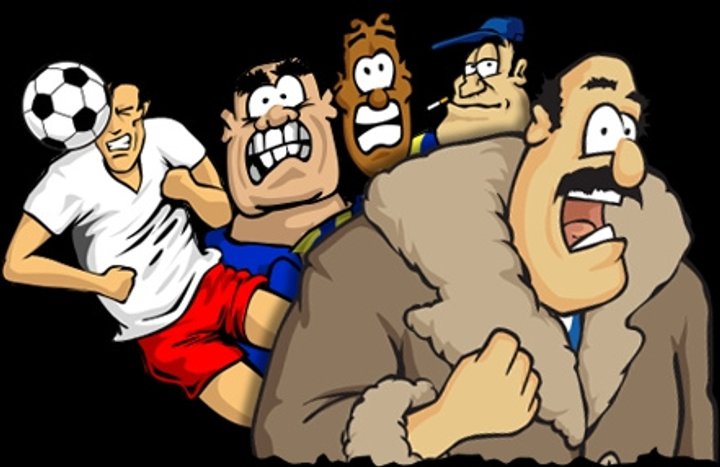 Plenty to cover, with full fixtures on Sunday, as well as several mid-week games.

Long Itchington 2 - 3 Bishops Itchington
Sam Crawford netted twice in the first half to put Long Itchington two ahead at half-time in the Battle of the Itchingtons (as this fixture will never be known). But Bishops came back strongly in the second half with goals from Tom Cooper and Joshua Turton, before Tom O'Callaghan grabbed the winner in the last minute of the game to ensure Bishops maintain their 100% record.

Khalsa 1 - 1 Radford Albion
A tight mid-table contest between these two. Nothing separated the teams at half-time, but Khalsa made the initial breakthrough with a goal from Suroush Pourzyaie early in the second-half. Radford stayed in the game, and got their reward with a Barry Hobbins goal late in the half. Neither side could grab all three points, despite Khalsa finishing the game with ten men.

Heathcote Athletic 3 - 1 Ettington Rovers
Despite Tom Gardener putting Ettington ahead in the first-half, Heathcote came back strongly in the second half with goals from James Bye, Owen Davies and Nick Keenan, leaving Ettington at the bottom of the table.

Hampton Magna 6 - 1 AFC Warwick
A fairly close first-half saw just the one goal, as Jason Bradshaw put Magna into the lead going into the half-time break. Warwick responded straight after the restart through Melvinino Mauritsin. This galvanised Magna, who stepped up the pace, and went on to add a further five goals, running out clear winners in the end. Tom Wyatt and Martin Hutchcox each grabbed a brace, and Jason Bradshaw wrapped things up in the last few minutes, grabbing his second as well.

Leamington Hibernian 1 - 0 Blackdown
Hibs maintained their 100% record, but Blackdown made them work for it. The only goal of the game was Jack Marsden shortly before half-time.

Real Barston 5 - 0 Khalsa Reserves
A real turnaround from the mid-week game! Scott Cleaver and William Hodgkinson gave Barston an early lead, and Khalsa couldn’t get back into the game. Hodgkinson added his second on the hour-mark, Richard Walker got Barston’s fourth a little later, before Hodgkinson completed his hat-trick and wrap it all up in the last couple of minutes of the game.

Chadwick End 6 - 1 Princethorpe
Following up their impressive mid-week victory, another resounding win for Chadwick as they scored six goals in a game for the second time this week! George Curry and Mark Turner scored two apiece, with Terrance Morton and Adam Williams adding one each. Callum Carsley scored the consolation for Princethorpe.

Sporting Warwick 4 - 5 Warwick Printing
A classic Sunday morning nine-goal thriller! Warwick scored four first-half goals through Marc Passey (2), Macaulay Easterlow and James Bramwell…. but it still wasn’t enough, as Printing notched up five in reply! Macauley Withey got one of them, and Jake McCarthy-Phillips and Jason Thompson each grabbed a brace for Printing to grab all three points.

Cubbington 3 - 2 Warwickshire Police
Dan Hicks got the Police off to a good start with an early goal, but Cubbington equalised through Luke Swinnerton. Ben Rowan added two more for Cubbington, one either side of the half-time break. This proved to be just enough, despite Lee Owen getting one back for the Police on the hour-mark, setting the game up for a tense last half-hour.

Engine FC 0 - 0 Leamington Hibernian Reserves
Nothing to separate these two, as the two sides battled out a goalless draw.

Radford Sports & Social Club 5 - 1 Hampton Magna Reserves
Radford ran out clear winners in their game against Hampton Magna Reserves. Four goals in the first half killed this game off, with strikes from Dave Ramsey, Michael Wallace and two for Paul Wilkinson. Trav Lea got one back for Magna in the second-half, but Michael Wallace added his second and Magna’s fifth to conclusively wrap this one up.

Wellesbourne Wanderers 1 - 0 Castle Rangers
A much tighter game, with just the single goal from Jake Faulkner separating the two sides.

Stockton 1 - 2 Foresters
Another tight game, this one going right to the wire. Tom Hackett got Foresters off to a flying start in the first few minutes, and John Ahearne equalised after an hour… but it wasn’t until injury time that Jamie Hickey finally won the game for Foresters with a 93rd minute goal.

Bishops Tachbrook 5 - 2 Leamington Vets
It was comfortable for Bishops as Craig Williams and Rhys Pugh each grabbed a brace, and Jack Villiers wrapped things up in the last minute. Ross Jackson and Steve Howkins got the goals for Vets.

AFC Warwick 2 - 1 Blackdown
All the goals were in the first-half, and Karl Goddard put Warwick ahead after five minutes, and Joshua Cox added a second shortly afterwards. Fergus Laird got one back for Blackdown before half-time, but neither side could add to their tally in the second-half.

Khalsa Reserves 4 - 2 Real Barston
Josh Mann caused all sorts of problems for Barston, getting off the mark in the 3rd minute and going on to add two more to get his hat-trick. Lewis Timms added a fourth for Khalsa, while Dave Jolly replied from the penalty spot and Gareth Davies added Barston’s second in the 75th minute.

Leamington Hibernian 2 - 0 Hampton Magna
Hibs were too strong for Magna emphasising their dominance of this division. No goals in the first-half, but Joshua O’Grady and Connor Carson grabbed a goal apiece in the second half, and ensured that Hibs maintained their 100% record.

Chadwick End 6 - 0 Warwick Printing
A pretty one-sided affair as Chadwick put Printing to the sword. Oliver Manoochearie and Alex Povey each grabbed a brace, with Terrance Morton and James Brady adding one apiece.