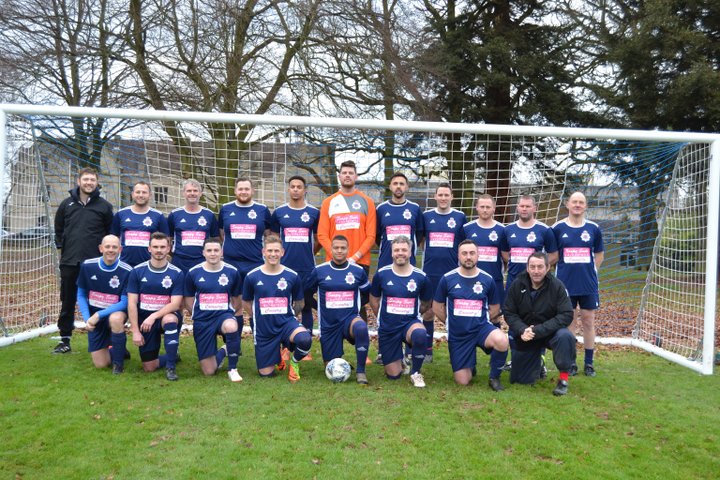 The first Round-up of the New Year. All the results and goals from this weekend.

Weekly Round-up for Sunday 5 January 2020.
We start the New Year in style with a full complement of fixtures and lots of Cup and League Action. We start as usual with the Cup games and that means
The Tracey Thomas Challenge Cup 2019-20 - Round 1

Ettington start the New Year with a bang. They were three up in 22 minutes thanks to strikes from Matthew Toms, Harry Ford and George Buckingham. That’s how it stayed until the 73rd minute when Mark Turner pulled one back for Chadwick. Within a minute Buckingham had grabbed his second to restore the three goal advantage and that’s how it stayed. Ettington go into the hat for the next round. 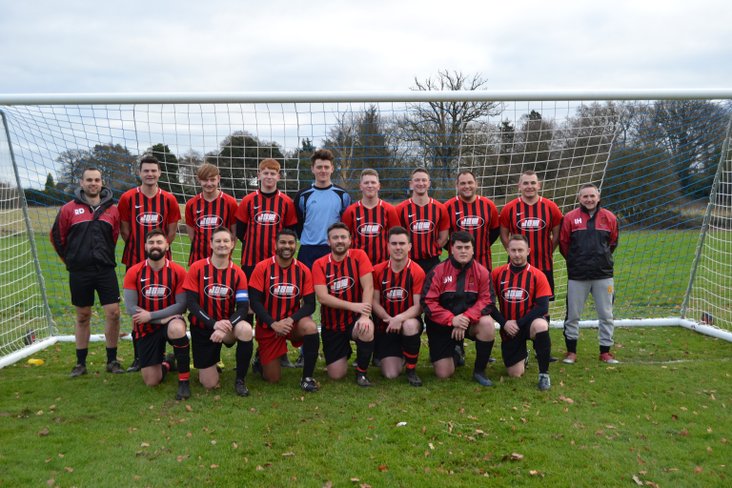 A bit one sided here as the Vets from Div 1 overwhelmed their Div 2 opponents. Connor Beckinsale grabbed a late consolation for Khalsa but the damage had already been done. James Keller started it off in the 12th minute. Smith and Ros Brown then added before half time. Smith then put another couple away after the break to make his hat-trick. Ross Jackson and Andrew McGuire then each grabbed a brace to take the Vet’s into the next round.

A giant killing here as the Division 3 side go into the next round at the expense of their Div 1 opponents. Jack Avery and Ryan Butler doing the damage as Hibs Reserves progress.

We move on now to the Division 3 Cup 2019-20, sponsored by Nick Chambers in memory of his father Chris - Semi-Final

Printing were looking good here and it was only a late 89th minute strike from Ryan Oldham that got Blackdown back in it. Nick Ford had put the Printers ahead and that looked to be that, until Oldham popped up. So it went to Penalty Kicks.
Blackdown win 3 - 4 on penalties.
Blackdown go through to the Div 3 Cup Final.
.
On to the Division 4 Cup 2019-20, sponsored by Spa Trophies - Semi-Final

Boar are still chasing a Division 4 double and got the perfect start as Marc Passey grabbed his first goal of the new year on 4 minutes (fastest goal of the day) to start them off. He got his second 12 minutes later and had wrapped up a New Year hat-trick by 55 minutes. Daniel Masters and Ricky Howells kept Foresters in contention with a strike each, but Boar powered through with a brace from Adam Edwards and a single strike from Nicholas Lanau-Atkinson. Boar go into the Div 4 Cup Final.

A neat finish on 8 minutes from Nick Brunton set the Police on their way after the keeper had made a good save from Lee Owen, who was through on goal. The ball bounced free to Brunton who fired home from 18 yards with the keeper stranded. Veteran Tim O'Mahoney then popped up on the half hour with a thundering header, running onto a Nick Brunton cross. O'Mahoney then grabbed a second on 53 minutes which VAR would’ve ruled out for handball. Jake Cope pulled one back for Stockton but it was too little too late. The Cops go into the Div 4 Final to meet Warwick Boar.

Juniors stormed into a 2 – 0 lead after 25 minutes and it then went badly wrong. Kieron Walsh and Matt Wix grabbing the goals. The engine then got fired up and Harry Green started the fight back. Steven Evans then levelled the score. John Simpson put The Engine in front 10 minutes into the second half and Luke Griffiths sealed the win with 15 minutes left on the clock. Engine steam into the next round.

A Christopher Watts brace supporting strikes from Oli smith and Ryan Fox were enough here as Napton take the Honours and progress into the next round.

A close fought battle here. Greg Eales had put the home side ahead in the first half. George Crawford then stuck one away to make it 2 - 0 just after half time. Sam Crawford pulled one back on 67 minutes but the Veg boys held on to go into the next round.

A Nip and Tuck first half where a Rueben Bastos brace for Whitnash cancelled out a Sion Humphries brace for Albion. Humphries then grabbed another brace in the second half and Paul Houghton got in on the act with 3 minutes to go to round off the scoring. Albion go into the next round.

A tight game here with the only goal of the game coming on 25 minutes from Luke Lindsay. Khalsa with games in hand lie in third spot in the Table.

A Joe Wright brace in 5 minutes with supporting goals from Brady Floyd and Spencer Bradley were enough here for Westlea to maintain their 100% record and stay Top of the Table.

A real humdinger here with 6 goals in the first 45 minutes. Bishops came from two nil down thanks to a Dean Pugh brace, after a Ben Wheeler brace had put Barston ahead. Jon Dawson popped up to give Barston a 3 – 2 lead, only for Elliot Ricardo to make it all square again just before half time. It took a William Hodgkinson strike late into the second half to seal the points for Barston, who move up the Table. Bishops stay Top.

We now move on to Division 3

Another close one here. Daniel Blohm put Dynamo ahead just before half time. Jack Gibson made it all square with 17 minutes left. That’s how it stayed. Dynamo stay Top of the Table.

Two new signings for Snitterfield and it was enough to take the points. Liam Clark and Zacharias B Swart the men on target. Mathew Jones had pulled VTS level after Clark had put the home side ahead. Swart then struck with 5 minutes to go to give Snitterfield the points.

And finally we get to Division 4

A frantic last 7 minutes in the first half saw 4 goals. Joseph Yeates, Mark Larner and Robert Chimes on the sheet for Long Itchington. Jay Reading in on the act for Bishops. Larner added another just after the break to make it
4 -- 1 and Kieran Wilshire scored with 20 minutes to go to round things off.

Sands United 1 HRI Wellesbourne Res 5
A Stephen Foster strike put Sands ahead on 15 minutes. The Veg boys were quick to reply and James Smith grabbed himself a hat-trick in 40 minutes . Two late strikes from Jack White and Daniel Dineen completed the scoring.