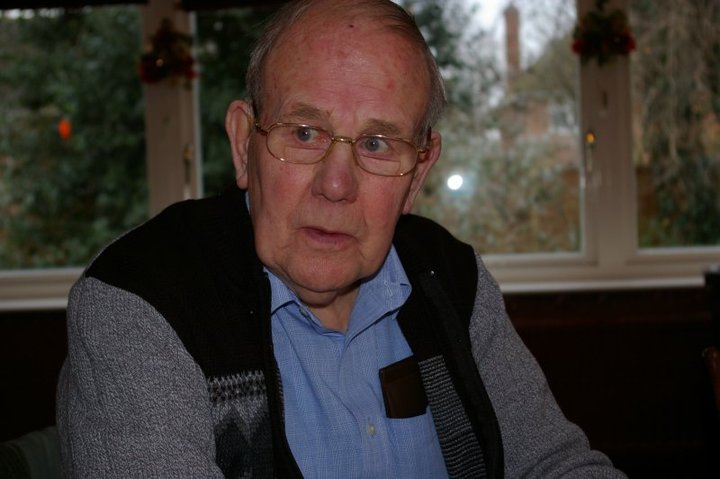 Funeral details for Arnold W Rouse are below.
All Clubs are asked to pay their respects with a minute’s
silence before all games on Sunday 7th January 2018.

The Funeral will be at Oakley Wood Crematorium, South Chapel, Bishops Tachbrook CV33 9QP on Friday 12th Jan 2018 at 2.30pm.

Donations can be made in Arnolds memory to the Warwickshire & Northamptonshire Air Ambulance via just giving or the Co-operative Funeral care, Leamington Spa.

The following artice was published in the Leamington Spa Courier on Friday 12th January 2018.

Leamington League stalwart Rouse passes away Well known Warwick referee and local football stalwart Arnold Rouse passed away just before Christmas aged 93. Rouse served on the committee of the Leamington and District Sunday Football League for five years and was vice-chairman from 1977 to 1983 before taking over as chairman, a post he held until 1987. He went on to become president of the league and in 2008 was elected a life member. After serving with the Fleet Air Arm in the Second World War, Arnold combined a career in engineering with his love of football. He started refereeing in 1952 aged 28 and went on to officiate at local and Southern League level, publishing a book in 2006, From the Past to the Future: The History of Leamington and District Referees’ Association 1921-2006. He said at the time of the book release: “Being president of the Leamington Referees’ Association and the Leamington Sunday Football League are positions I am proud to have achieved and I have enjoyed every minute. “My motto has been ‘service before self’ and it still is.” The chairman of Leamington Referees Association (RA), Martin Gittins, paid tribute to Rouse, saying: “Arnold was a huge supporter of the Leamington RA, its members and local football and will be a huge loss to all.” Arnold, who was made a life member of the National Referees Association in 2003, is survived by his wife Sheila, a former mayor of Warwick. His funeral will take place at Oakley Wood Crematorium, Bishops Tachbrook on Friday January 12 (2.30pm), with clubs observing a minute’s silence for him ahead of Sunday’s Leamington League fixtures.

 This weeks quick Roundup Highlights from this weeks action.