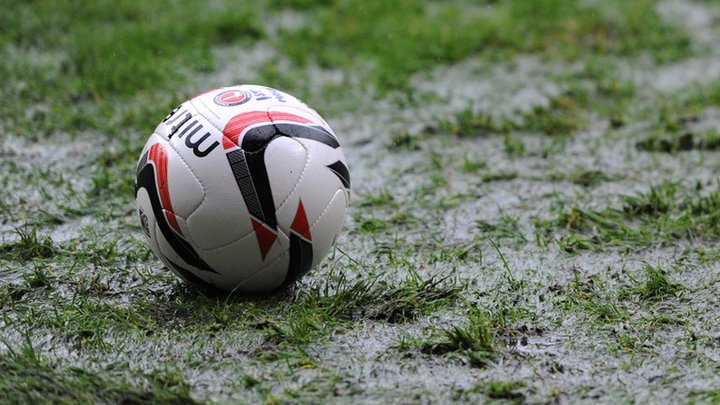 The Tracey Thomas Challenge Cup saw a sizeable upset when Long Itchington of Division 4 travelled to Khalsa and knocked out their Division 1 hosts with a 2-0 scoreline. With 12 goals already to his name this season, Sam Crawford did the damage, getting a goal in each half to send the Division 4 team through to the fourth round of the league's premier cup competition.

Athletico Murphy's then made it an even worse day for the Khalsa teams, by knocking the Reserves out of the same competition, despite Arun Sodhi grabbing the opening goal after just 10 minutes. A second-half push from Athletico was enough to take them through to the next round with a 2-1 win, with goals from Jordan Dance and Ash Bradbrook.

In a 10-goal thriller, Warwick Printing finally overcame Hampton Magna 6-4, with Charlie Faulkner (2), Ash Turnbull and Wendel Moyo notching for Magna, while Jake McCarthy grabbed a hat-trick, Connor Kenny got two, and Terry Bayliss got one for Printing.

Three results in the Cancer Research Cup saw Westlea Wanderers, Radford Semele and HRI Wellesbourne Reserves progress through to the next rounds, with Lillington Juniors, Kineton and Liberal Club all dropping into the Cancer Research Supplementary Cup.

Despite Kineton taking an early lead through James Keller, George Ayley equalised for Radford before half-time, and in the second-half, the Division One team had too much for their hosts, and eventually ran out 6-2 winners with second-half goals from Paul Wikinson (2), Jamie Duffy, Tom Hitchcox and Matt Buckham, with Calum Naven-Jones managing one in reply.

Westlea put four past Juniors for no reply, with goals from Joe Wright (2), Tom Friend and Chris Hanrahan, while HRI and Liberal battled out a 1-1 draw over 90 minutes, with Sam Ashford getting the Liberal goal, and Dale Francis equalising for HRI. With Liberal missing one of their penalties in the ensuing penalty shoot-out, the HRI goalkeeper kept his nerve to score their final penalty and send his team through to the next round.

The first finalist of the Division 3 Cup, sponsored by Nick Chambers in Memory of his Father Chris, was also decided. Royal Oak United took a 2-0 lead against Ettington Rovers into the half-time break with goals from Michael Glover and Wesley Klopper. Ettington got one back through Jordan Lewis in the second half, but a penalty for Royal Oak, scored by Josh Goodwin restored their two-goal lead a few minutes later. Ettington managed to claw one back from a second strike by Jordan Lewis, but were unable to get the equaliser, so Royal Oak go through to the divisional cup final, to face either Hampton Magna or Lillington Juniors.

The one game in Division One was a 3-1 win for Bishops Itchington over Leamington Hibs, that saw Bishops go to the top of the table. Jason Bradshaw scored in each half, and Johnny Adair got the third in the last couple of minutes of the game, while Hibs only goal came from club top-scorer Ash Kitchen.

Plenty of action in Division Two as AFC Warwick extended their lead at the top of the table with a convincing 7-2 victory over Mid-Warwickshire Police. With AFC racing into a 5-0 inside the first half-hour, the game was effectively over by half-time. Dan Long notched a hat-trick, ably supported by Ricky Barby and Dan Gummery, who grabbed a brace apiece. Pete Freedman and Lee Owen managed late consolation goals for the Police.

Dynamo Leamington missed out on a chance to close the gap on AFC by going down 4-3 to Leek Wootton. Two goals from Dynamo's Ash Rowley and one in reply for Stu Greenway sent Dynamo into the half-time break 2-1 up. James Butcher and Kev Archibald each scored early in the second half for Wootton, before Ryan Woodward equalised with 15 minutes to go. But, in a game that swung both ways, it was Kev Archibald on-hand to grab his second goal in the last ten minutes to clinch all three points for Leek Wootton.

Heathcote Athletic overcame Leam Vets 3-1, with goals from James Bye, John Aston and Eddie Hanlon, and one in response from Phil Davies. In the final game, Radford Albion and Real Barston took a point each in a 1-1 draw, with Daniel Riley scoring for Radford, and Matt Gillett equalising a few minutes later.

There was just the one game in Division Three, and it was always going to be a tough ask for eight-man Grist Mill against Foresters Arms. Foresters took a two goal lead through Jack Rees and Callum Yeomans, but despite Tom Scott and Dean Pugh each scoring for Grist Mill, Foresters did enough to take the points with two late goals from Jack Mancini.

Four games in Division Four, starting with Joiners Arms against Lillington Juniors Reserves. Joiners went into the half-time break on equal terms, with their first-half goals from Diogo Pereira and Hugo Fernandes being cancelled out by strikes from Jamie Hickey and Ashley Reynolds. Without a win to their name, a second from Hugo Fernandes gave Joiners a glimmer of hope, but their celebrations were cut short with a late equaliser from Dorian Francis, before Daniel Skrzypek grabbed the winner for Juniors in the last minute of the game.

With Warwick Printing involved in cup action, Barley Mow took advantage with a narrow victory over Castle Rangers to go to the top of the table. Goals from Jake Allies-Proctor and Conor Warburton weren't enough for Rangers, as Glen Holmes notched a brace for Barley, with debutant Ricardo Benjamin also getting in one the act.