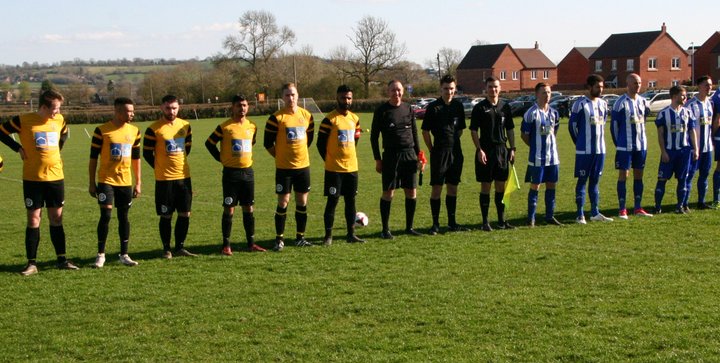 The first cup final of the 2018/2019 season took place in beautiful conditionson on a sunny afternoon, and a good-sized crowd enjoyed an excellent game of football. Both sides tried hard to gain the upper hand in a hectic opening fifteen minutes, but it was Bishops who broke the deadlock, as Adam Miles rose highest to head in a deep free-kick. A few minutes later, a cross from the left was calmly controlled by Tom O'Callaghan who found himself in space in front of the Khalsa goal, and he doubled Bishops' lead with a cheeky finish over the keeper.

This prompted Khalsa into a period of pressure, where they threatened the Bishops goal, and hit the post. However, despite their efforts, they went into the half-time break two goals behind.

Khalsa continued to push hard to get back into the game, but as the wind picked up in the second half, Bishops always posed a threat with long passes from deep, and looked to have dominance in the air from crosses. Bishops thought they had extended their lead when they got the ball in the Khalsa net, but the ball was adjudged to have gone out of play before the cross was delivered. Almost straight after, Khalsa thought they had got back into the game - a shot was parried by the Bishops 'keeper but the offside flag went up as soon as the rebound was knocked in the goal. 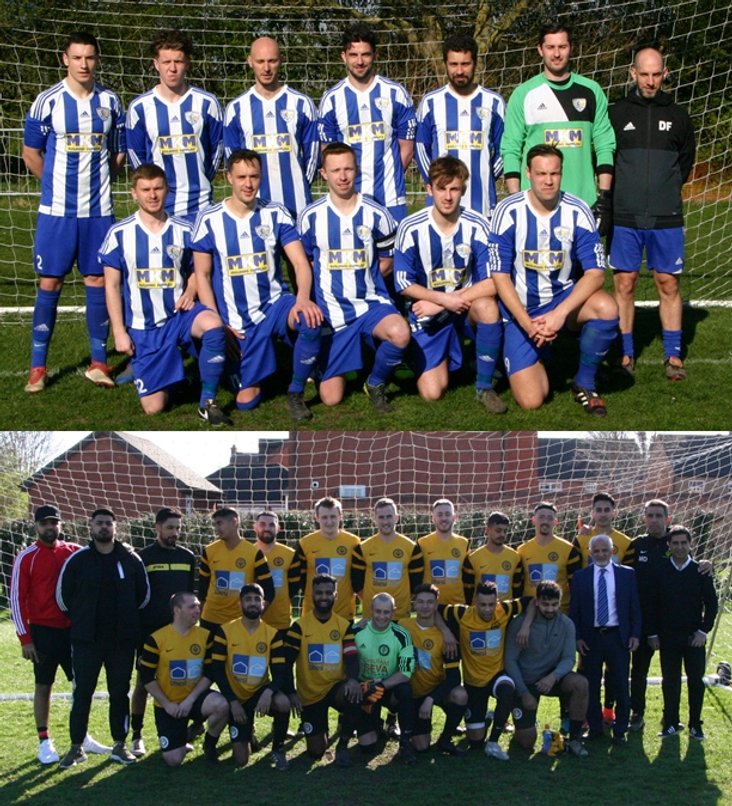 After 65 minutes, Khalsa did get the goal they deserved when a cross held up in the wind, was headed back across the goal and Sukhraj Heer was on hand to nod in from close range.

With Bishops having held a comfortable lead for much of the game, Khalsa renewed their effort to try to grab an equalizer in the final twenty minutes. However, Bishops kept Khalsa at bay, and remained dangerous on the break. With two minutes to go, Joel Bennett rose at the far post and sealed the game with Bishops' third goal when he headed home a late corner.

Thanks to Stockton FC for the use of their ground and clubhouse. Finally, top marks to Luke Scale who officiated excellently, ably assisted by Ian Sewell and Ben Wilkinson. 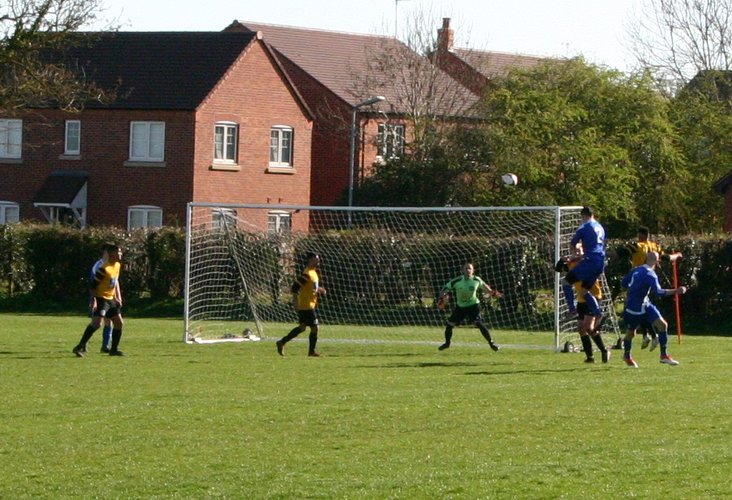 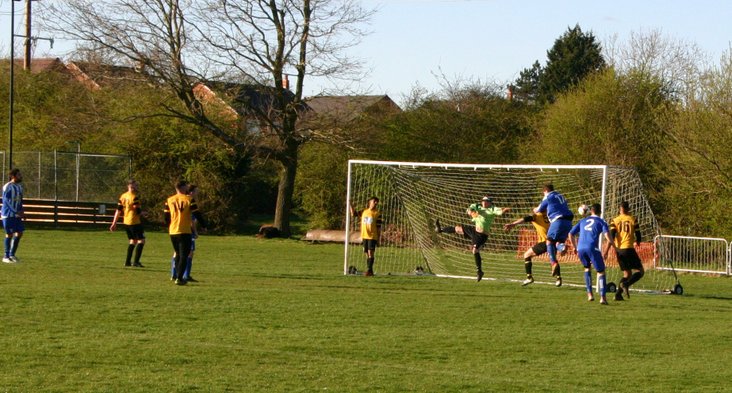 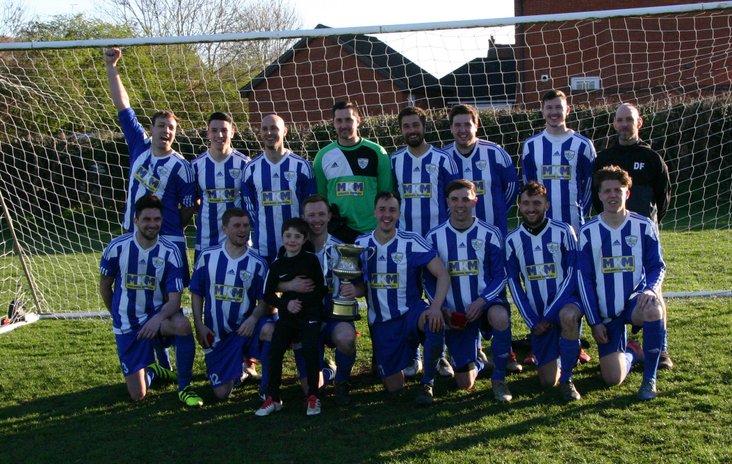 Bishops with the cup