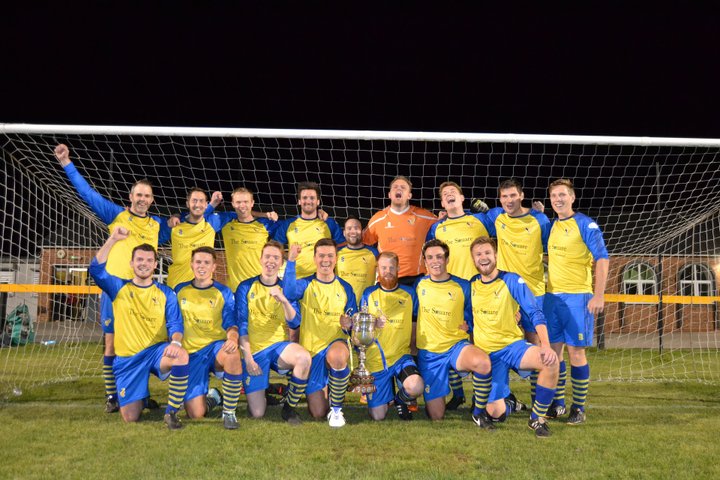 Our first charity cup final of the season was contested under the floodlights at Racing Club Warwick, between Real Barston and Liberal Club 'C', who were celebrating their fortieth season in the league.

The pattern of the first half quickly established itself with the Liberals having more of the ball, and passing it around comfortably between the defence and the midfield, but without threatening the Barston goal. Real were prepared to sit off, and absorb the pressure comfortably, looking to break when they could. The first opportunity of the game came from such a break, with Ryan Cowley in the Liberal goal saving well from Dave Jolly. The Liberal passing game did create a couple of half-chances, with a Ryan Yearsley shot deflecting behind the goal, a decent effort from Jake Murphy after a good interchange with Chris Spiers and Adam Short, and a Matty Bemrose effort going just wide of the post. At the other end, Real threatened from a succession of corners, Sion Ellis had a chance on the half-volley and Gareth Davies tested the keeper from the edge of the area.
However, Real took the lead on the break, as Matt Gillett played Dave Jolly through, and he capitalized on confusion between centre-half and goalkeeper and put Barston one up a minute before the half-time break.

As the second-half progressed, the Barston back-three of Chris Jolly, Sam Chapman and Joe Knowles coped well with the increasing pressure, and as the clock ticked on and the Liberals pushed forward, Real looked to catch them on the break again. James McDowell and Oliver Stocks each had a chance, and a late Dave Jolly strike was just kept out by the outstretched foot of Tom Burford on in the second half in the Liberal goal. 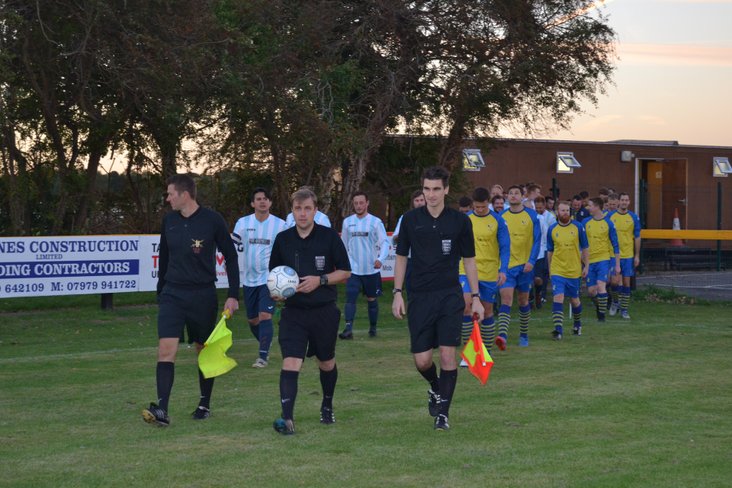 Martin Dempster leads the teams out

As Real looked to hold out for the victory, Liberal came close to equalising right at the death, but Alex Blakemore in the Barston goal used every inch of his considerable height to save well from an excellent Jack Reeves effort.

Before the Liberals had an opportunity to mount another attack, it was all over and the final whistle brought an end to a competitive final, excellently officiated by Martin Dempster, and ably assisted by Luke Scale and Mark Beverley. Keith Billington presented the Maurice Billington Memorial Cup to Real Barston skipper Matt Gillett, and everyone retired to the Racing Club Warwick clubhouse bar.

Thanks to Racing Club Warwick for use of their ground, which has been undergoing some exciting and dramatic changes over the last year or so - with more to come as the new bar area is being developed, and work on the new all-weather MUGA (Multi-Use Games Area) courts is due to be completed in the very near future. 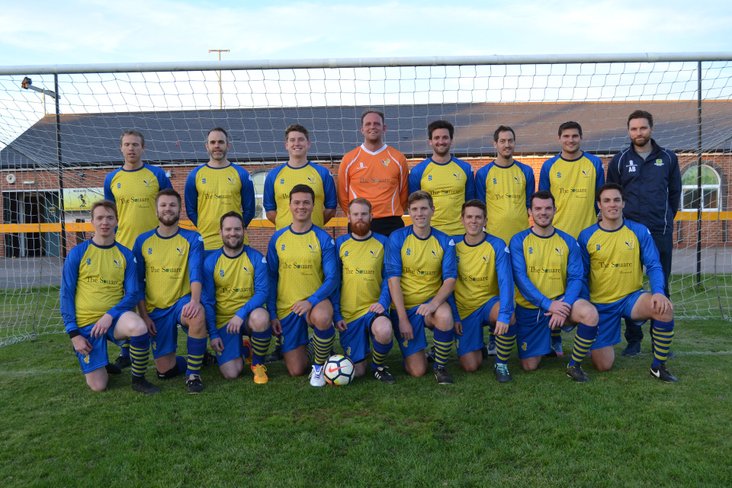 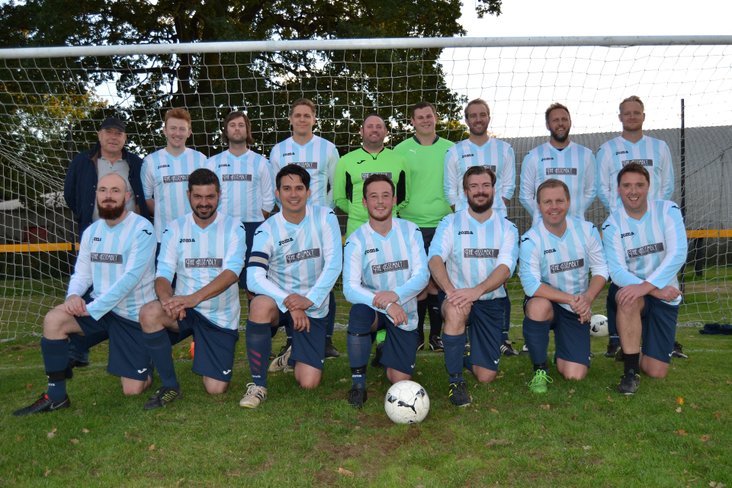 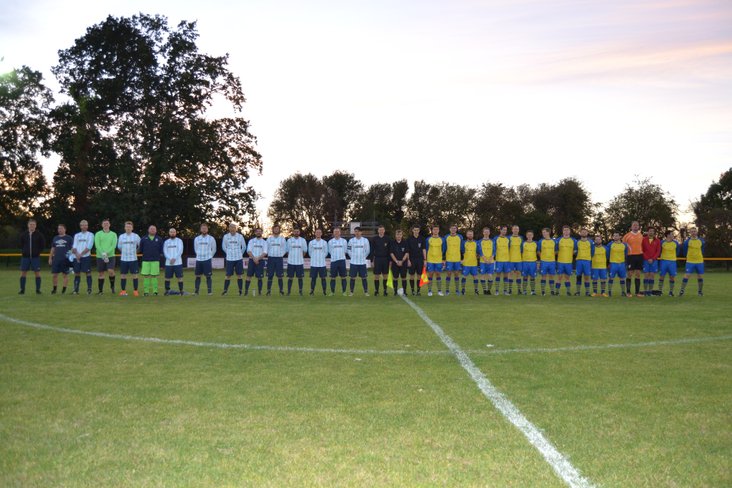 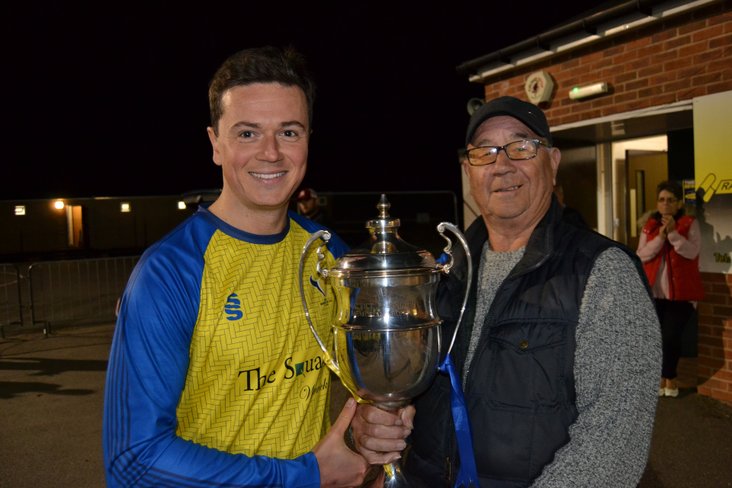