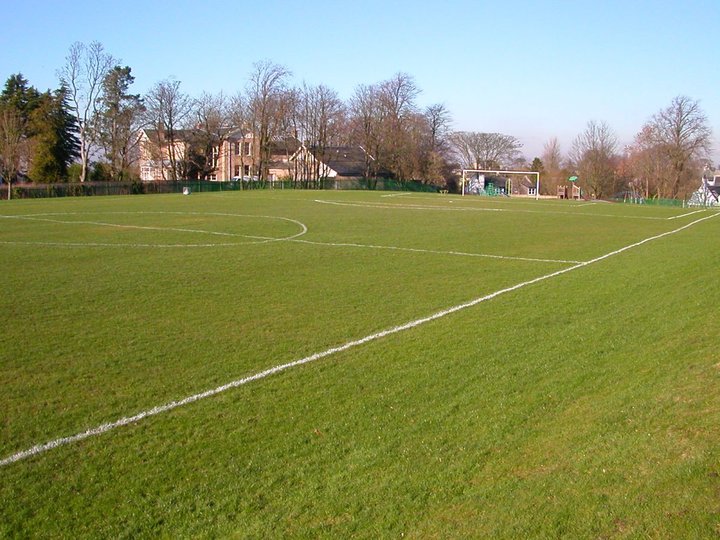 First day of September, and the new season started with a flourish, plenty of goals and some good results for many of the newly promoted teams!

The Division One campaign was kicked off in style by Leamington Hibs as they hit NINE past Kineton S&SC. Dave Jones got Hibs off to a flyer, scoring a hat-trick inside the first 30mins. Connor Carson added another two, so Hibs had scored five before half-time. Jamie Vadasz made an impression for Kineton, also scoring a hat-trick with goals either side of the half-time break. However, if Kineton thought they were back in the game, Dave Jones had other ideas – quickly adding sixth and seventh goals in quick succession. Ashley Kitchen and Jack Marsden completed the rout for Hibs, before Liam Naven-Jones managed a consolation for Kineton in the closing minutes for a final score of 9-4 !

The other two games in Division One weren’t quite so high-scoring. HRI Wellesbourne, promoted back to the top division, left it late to grab the points. Filippo Mannina opened the scoring for AFC Warwick after 20mins, but in the last quarter of an hour of the game, Steve Bell and Vitor Machado each scored to give HRI a 2-1 victory.

Leamington Vets, also promoted to the top division, narrowly beat Heathcote Athletic with Steve Howkins grabbing the only goal of the game on the hour mark to give Vets a 1-0 victory.

It was honours-even for all three games in Division Two.

Ash Turnbull opened the scoring for Hampton Magna against Ettington Rovers, but Rovers quickly got back on top with goals from Matthew Toms and Carl Taylor, giving them a 2-1 lead at half-time. Magna thought they had done enough to get the points when Andy Hood converted a penalty to draw them level with ten minutes to go, and Joe Fisher added a third a few minutes later. However, Rovers were awarded a penalty in injury-time, which was duly converted by Glen Matthew for an entertaining 3-3 draw.

There was a similar ebb and flow in the game between Real Barston and Lillington Juniors. Ben Wheeler put Barston ahead after ten minutes, with Dale Francis equalising for Juniors. James McDowell put Barston back ahead after half-time, only for Juniors to peg it back to 2-2 through a Matt Wix strike.

Completing the trio of draws, Bishops Tachbrook entertained Khalsa Reserves, with Elliot Ricardo on the scoresheet for Tachbrook, and Ricky Fletcher for Khalsa to earn a point for each team in a 1-1 draw.

Dynamo Leamington, relegated from Division Two, got off to a good start against Chadwick End Reserves with an early goal from Seb Burton. This was, however, almost immediately followed by a Chadwick equalizer from Rhys Edwards. Joe Gomez restored Dynamo’s lead after 25mins, but again Chadwick quickly equalized with a goal from Tom Tarbuck to make it 2-2 at half-time. The home side thought they had done enough in the second half when Ryan Helliker and Tom Tarbuck added a goal each to give Chadwick a 4-2 lead. However, that all changed inside the last twenty minutes when Joe Gomez first clawed one back for Dynamo to make it 4-3, before fortuitously latching on to a mis-kicked through-ball a few minutes later to level the score at 4-4. With ten minutes of the game to go, Ash Rowley got in on the act to give Dynamo a 5-4 lead, before Gomez grabbed his fourth, and Dynamo’s sixth, giving the away team a 6-4 victory.

In another high-scoring game, Ryan Butler opened the scoring with an early goal for promoted Leamington Hibs Reserves. Conor Warburton replied for Princethorpe, before Liam Bullimore restored the Hibs lead, only for Warburton to add his second to level the score at 2-2 at half-time. Ed Spencer gave Princethorpe the lead after the break, but not to be outdone, Bullimore grabbed his second a few minutes later to again level the score. With half an hour to go, Hibs pulled away with goals from Elliott Smith and Ricci Goldswain to give the promoted side a 5-3 victory.

There was no shortage of goals in the other two games – although these were somewhat more one-sided. After a goalless first half, the flood-gates opened up for Liberal Club as they hit four past Warwick Printing in a half hour period of the second half. Jack Gibson grabbed two, and Craig Reeves and Sam Ashford notched one apiece for a 4-0 victory.

It was the same scoreline over at Snitterfield, as newly promoted Blackdown were too strong for the new club. Ashley Bradbrook hit a brace, with Adam Hughes and Jamie Campton each chipping in with second-half goals for Blackdown as they beat Snitterfield 4-0.

Division Four also saw its fair share of goals on the opening day.

Sands United are new to the league this season, and they got off to a great start to their campaign, beating Bishops Tachbrook Reserves with a 5-3 scoreline. James Welsby, Ben Cutler, Ryan Rooney, Chris Knight and Stephen Foster were all on target for Sands, whilst Chris Wilding, Louis Todd and Matthew Goodwin kept the scoreline respectable for Tachbrook.

It was the same scoreline in the game between Warwick Boar and Stockton United. Boar carried a 4-0 lead (courtesy of Mark Passey, Mat Holt and two from Adam Edwards) into the last thirty minutes of the game, but despite a twenty-minute William Wall hat-trick for United to give Boar something of a scare, Adam Edwards wrapped up the game by completing his hat-trick and ensuring Boar held on to all three points with a 5-3 victory.

Stockton left it late to clinch the points in their game against new team Napton. Chris Watts hit a hat-trick for the newcomers, but with earlier goals from George Bousfield, James Foxon and Malachy Rose, Foxon grabbed his second and sealed the victory for Stockton with a 90th minute winner for a 4-3 victory.

Finally, two “nearly new” teams were also in action. The reformed Warwickshire Police team got off to a flying start against the reformed Foresters, with goals from Dan Stanton and Dan Coxhead inside the first ten minutes. Dan Griffin got one back for Foresters before half-time, only for Lee Owen to add a third for Police straight after half-time. Jordan Bedford’s late strike for Foresters wasn’t enough, and the Police opened their account with a 3-2 victory.

 Latest Weekly Round-up. Week 2 All the goals from this week's action
League Fees closing date.  A reminder to all the following teams that League fees are due and the deadline date is looming.